The destruction of the forests in North America has greatly affected all the natural living things, but also destroying the land the indigenous people call their home. Due to the high poverty line some people are forced to live in the forests that are being cut down and wiping out their homes. These specific groups of people rely heavily on the forests for supplying them food, medicines, and most importantly their homes. Conflict has been brought upon because of the fact that people are living in the forests which is hurting the environment as well, but with the people living there they have grown crops and helped the environment. While their homes are being cut down they are doing their best for trying to rebuild for what has been lost. Once natural resources have been lost and nature has been damaged you can never get it back to the way it was before. The trees, weeds, flowers, animals, and bugs have been accumulated throughout out the years and never be regained again. 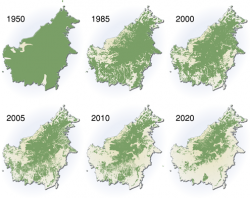 The rebuilding of the forests does not bring back the biodiversity that the forest once had but it does bring the environment back to as close as it once was. The plants and animals are dying and loosing homes with not only the government of North America to blame but the United States as well. Supplying North America with tools and devices to commit such dramatic damages to the environment. The forests and grasslands in North America have been around before human development was brought to the continent. The destroying of the forests is killing hundreds of years of growth and beauty. Not all know or have the knowledge of what is being killed and harmed, one of those natural resources can be the cure to the world.
1